What are fashion weeks and why are they important dates in the fashion calendar?

Anyone who’s remotely interested in fashion will have heard of Fashion Week. You’ve no doubt seen the pictures of runway models strutting the catwalk, the line of celebrities gazing on from the front row – usually in ultra-cool, dark tinted sunglasses. You may even have got a glimpse into some of the behind the scenes footage where models get their makeup and hair prepped to perfection by the multiple hairstylists and makeup artists running around.

But have you ever wondered what it’s all about? Of course, it’s about fashion, but have you ever been curious as to why fashion weeks take place and why they’re so important?

To help you make sense of it all, here’s everything you should know about fashion weeks and their level of importance in the fashion calendar.

What is Fashion Week?

A fashion week is an event in which the industry’s top designers present their latest collections in runway fashion shows to buyers and the media. The most prominent weeks take place in the fashion capitals of the world: London, Milan, Paris, and New York.

There are two kinds of shows – womenswear and menswear. What’s more, there are shows particular to each location. For instance, the majority of bridal shows are held in New York while haute couture shows typically take place in Paris.

These events play an important role in the fashion calendar since they influence trends for the current and upcoming seasons.

The first official Fashion Week took place at the height of World War II in 1943. It began officially as “Press Week.” Because the American fashion media could not get to Paris where at the time most shows occurred, New York decided to host their own fashion event. From that day forward, Press Week turned into Fashion Week and New York has been hosting it ever since.

In 1994, the fashion runways found their first home at Bryant Park, which just happened to be close to the Garment District. Over time, the shows outgrew midtown grassy green and moved to Damrosch Park at Lincoln Center in 2010.

How Long Does a Show Typically Last?

A typical runway show can run approximately 15 minutes depending on the designer’s collection and their demands regarding the staging. One thing you should know: shows very rarely start on time. It’s pretty much the norm that shows start later than expected. Everybody in the business knows it – it’s pretty standard. According to those in the biz, there’s an average of 20 to 40 minutes of sitting around, texting, tweeting, and basically just killing time before the lights go down and the music starts. Minutes later…it’s over. 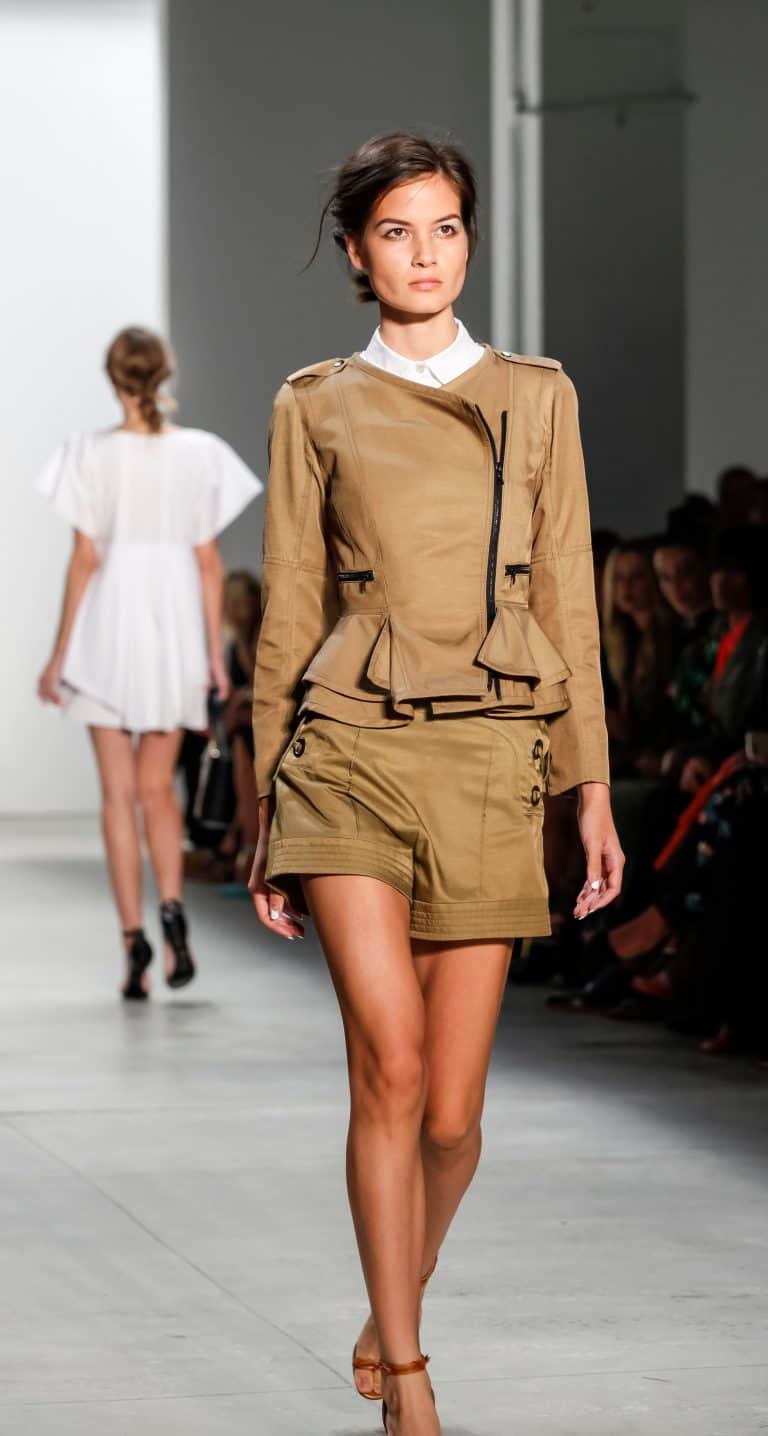 Fashion weeks play a significant role in the fashion industry. In fact, magazines and retailers rely on these events to stay updated on new and upcoming trends. They will then use this knowledge to create their articles, photography, and garments. This all needs to be done in advance to allow plenty of time for processing and manufacturing.

Fashion weeks might look like parties and street style icons, but they’re a significant event that provides clarity to buyers, magazine editors, and designers. In fact, one fashion week helps spark ideas for editorials for the following six months. As you can see, it’s a very pressing event in the fashion calendar and one that should not be missed if you want to stay ahead in the industry.

That is why you will see a lot of prominent people at fashion weeks, including Vogue’s EIC, Anna Wintour. You’ll also see notable fashion designers and celebrities admiring from afar to see what’s in store for the next season.

What Happens at a Fashion Show?

A typical fashion show begins late, with the paparazzi going crazy snapping pics of stars sitting in the front row, such as Emma Watson, Samantha Ronson, and Victoria Beckham. They’ll also often be socialites, bloggers, and big-time editors there to witness the foreseeable trends.

In terms of the runway part itself, an average of 40 outfits will be displayed by models strutting down the runway. However, once again this does vary depending on the designer. In some cases, a designer may show a lot more or a lot less.

Sometimes, there’s a famous face on the catwalk. Other times not. However, the most famous model always closes the show – think Gigi Hadid, Kendall Jenner, and Cara Delevingne.

A typical fashion show consists of a parade of looks, ended by all the models doing a strut, and finished with the designer doing a final wave. On some occasions, producers become a little more innovative with their displays, showering a short art film prior to the show or bringing in a surprise musical performance.

What we know for sure is that fashion weeks are never dull. There’s also something exciting happening at a fashion week – and it’s often full of surprises!

How Does One Get Invited to Fashion Week?

If you’re a celeb, editor, or influencer, you’ll probably get an invitation to Fashion Week somewhere in the world, whether it be London or New York. If you’re just a regular person, you might be wondering how you can get an invitation to one of the fashion industry’s most prominent events.

Here are some tips for getting an invitation to fashion week when you’re not a celeb, editor, or influencer. 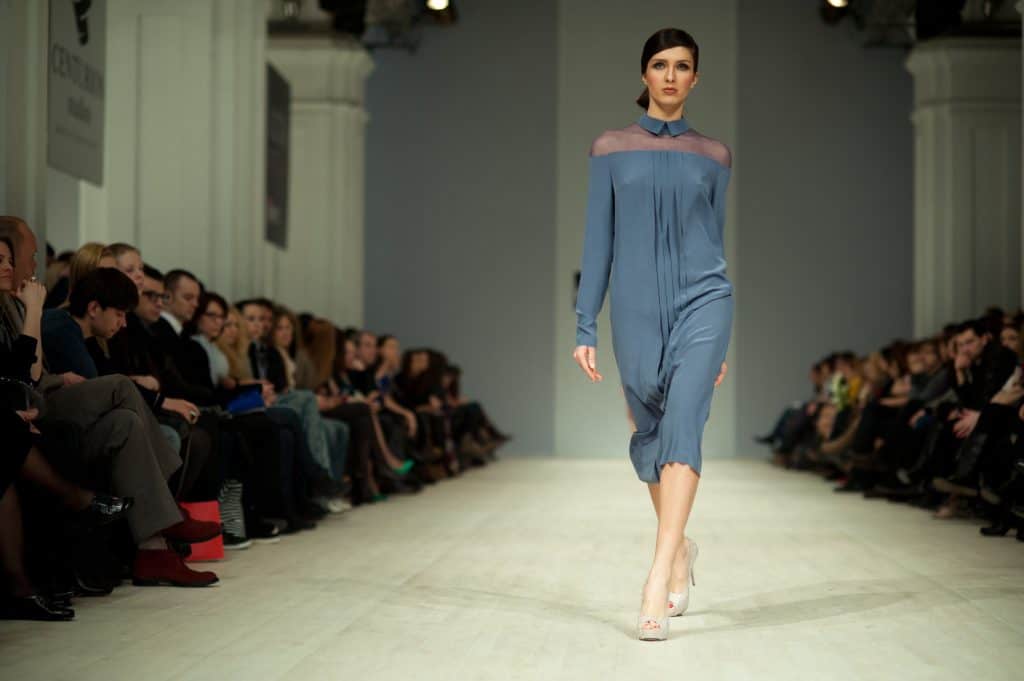 Fashion weeks are an essential part of the fashion calendar, offering direction to buyers, designers, retailers, and publications. It is fashion week that indicates the current and upcoming trends – and all other people and businesses in the industry rely on it for their direction.

Your journey into fashion starts here…

Subscribe 👇 to join our community and be the first to know when we launch!

Thank you for subscribing.

We respect your privacy and take protecting it seriously

Your journey into fashion starts here…

Subscribe 👇 to join our community and be the first to know when we launch!

Thank you for subscribing.

We respect your privacy and take protecting it seriously

Send this to a friend